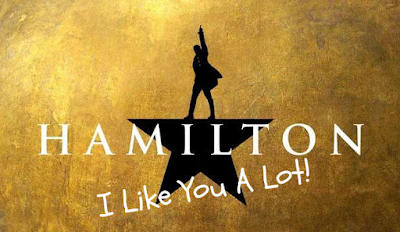 If you read my most recent favourites post, you will know that I have developed a new obsession. This has somewhat affected the rest of my life in that I tend to not get anything done anymore. What I have been doing is listening to Hamilton non-stop (geddit?) and doing my best to learn all the lyrics (I’m currently up to Take A Break, in case you were wondering). So, while I haven’t been productive in ways that make a difference to my life, I haven’t done absolutely nothing this week (read: month).

For those of you who are unversed in the joys of Hamilton (first of all, what are you doing with your life?), it is a hip-hop musical by Lin-Manuel Miranda about the first Treasury Secretary of the United States, Alexander Hamilton. It’s far more exciting than it sounds, trust me. The songs are insanely catchy and (for the most part) are historically accurate.

I was introduced to Hamilton through my already Hamilton obsessed friend, who will remain nameless since sometimes people with addictions don’t want to be identified. She discovered Hamilton last year and showed it to us last November (I think). I have so far been the only one of the three of us to develop the obsession. In the beginning, I stubbornly refused to fall into the obsession, but it gradually chipped away at my resolve, and so the spark of interest was fanned into a flame of obsession. I know exactly when my full-blown obsession started as well. I first listened to it all the way through on the night of Friday the 16th of February (and I cried, but who doesn’t?). Since then, I have learned pretty much all the words to Act 1 and find myself singing them at random points throughout the day.

If you didn’t already know, I am a casual History Nerd™. My favourite thing about learning history is the little facts that seem inconsequential and then not having to be tested on them. Memorising facts was one thing I hated about history class in school. Another reason I dropped history class was that I found the research long and boring. Since there are no penalties for not learning facts about history once you’re out of school, I have loved learning seemingly unimportant things about the Founding Fathers of the US.

For example, did you know that Aaron Burr (sir) once got an ice cream headache and thought he was dying? Also, Thomas Jefferson was the one to bring ice cream over to the US from France. Why are all my Founding Fathers facts about food? I don’t know, but here’s a non-food related Lafayette fact: to leave France to help out with the American Revolution, Lafayette disguised himself as a woman and fled through Spain, getting on a boat named ‘Victoire’.

So far, I have found no negative effects of this Hamilton obsession. I needlessly sprinkle Hamilton references throughout mine and my friends’ Facebook group chat, talking in real life and just randomly singing little bits of songs that get stuck in my head. I also have found that it is always hanging out in the back of my mind, even if I haven’t listened to it for a while (for further reference, a “while” is usually around 6 hours). For instance, if someone says something like ‘Pardon me’, my first thought is ‘Are you Aaron Burr, sir?’. Another relatively common one is ‘What time is it?’, my answer being ‘Show time!’, and overall, it’s kind of ruining my life in the best way possible.

Upon further thinking through, one possible negative effect is the constant death glares of people who don’t obsess over Hamilton as much as I do (read: at all), but I see that as more of a challenge than a negative aspect.

If you can relate to this in any way, honestly, there is nothing I can do for you. The only way I’ve found to get out of an obsession (if you even want to, that is), is to find a new obsession. Finding a new obsession is a lot harder than it sounds, though, so just keep going through your life and eventually you’ll get through it. But trust me, you’ll be back.

What are you most obsessed with at the moment? Do you love Hamilton as much as I do?

My Week In Outfits 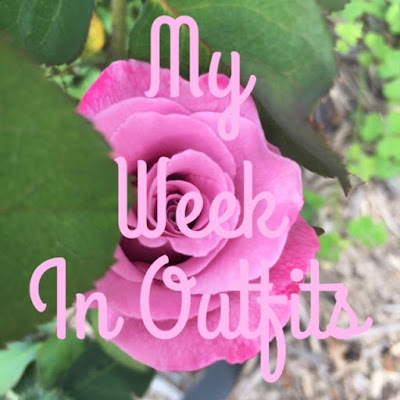 Uni has gone back recently, and I thought it’d be nice if I showed you what I wear to it. I do go every single weekday, even if it is only for one class, or one hour (yay timetabling!). It has been rainy every day this week (except Monday), so despite only just coming out of summer, it has been cold and miserable. Due to this, jeans made an appearance for the first time since September last year. Anyway, on with the outfits! 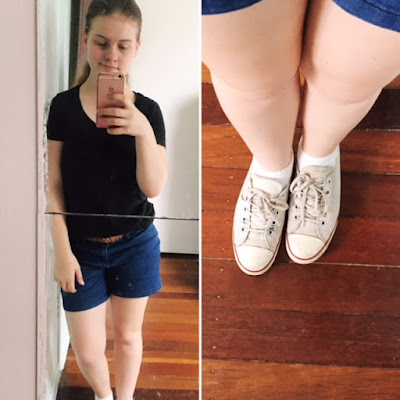 On Monday, I wore a black t-shirt from Big W and denim shorts that I got for Christmas (that I think are also from Big W, in the petite section). The belt is one I found in my cupboard since I lost the belt that originally came with the shorts (whoops!). On my feet, I wore my white Converse, which are now considerably less white from constant use, and some socks, obviously. I didn’t put on any makeup because I didn’t have time. Scratch that, I’m just lazy, okay? 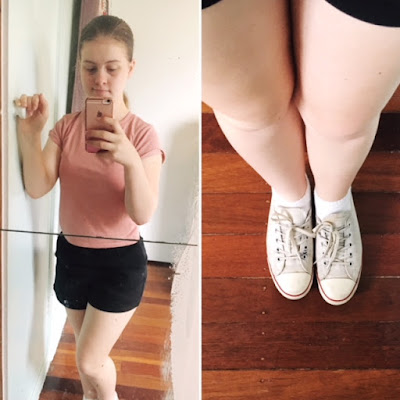 On Tuesday, the first rainy day of the week, I (stupidly) wore a dusty rose coloured crop top from Supre and some high waisted black shorts from a boutique in my neighbourhood. It rained a heck of a lot on Tuesday, but only really when I was outside, which is fantastic when you leave your umbrella at home! I put on my white converse again, since they are the most closed in shoes I have. No makeup again, since I’m lazy. 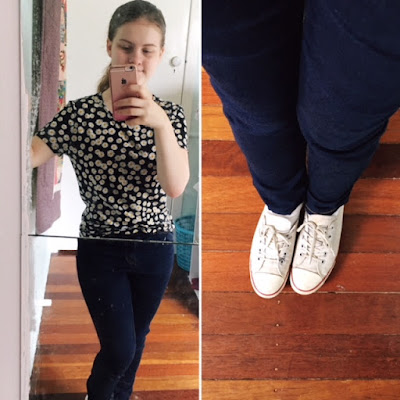 On Wednesday I remembered to bring my umbrella (yay!). I wore a black t-shirt with white daisies on it from Temt and some blue skinny jeans from Glassons. They are the comfiest jeans I have ever owned and protected my legs (as much as they could) from the rain that managed to creep beneath my umbrella. I wore my Converse shoes again (obviously) and no makeup, since I’m lazy and I don’t need to impress anyone (mostly lazy, though). 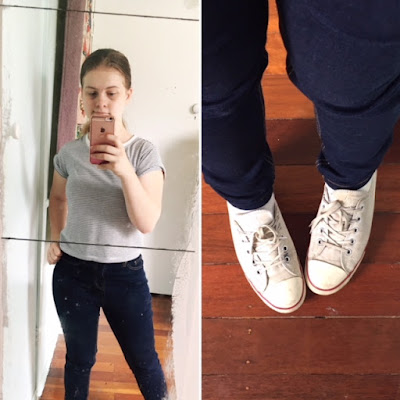 On Thursday, the second rainy day of the week (and the last thank God). I wore my Glassons jeans again since it was still cold and quite windy, and a black and white striped crop top from Supré. This outfit was so very comfortable, and I will definitely wear it more often especially as it gets closer to the colder months of the year. On my feet, I wore my usual Converse shoes to finish everything off. On my face, I wore nothing because I’m lazy. 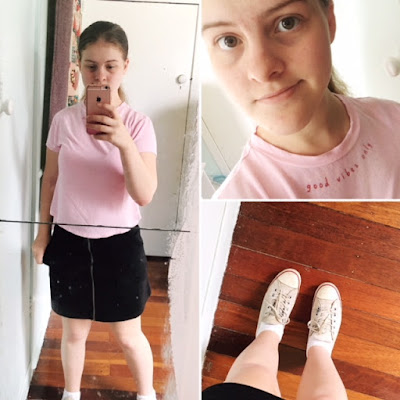 Friday brought the sun back (finally!), so I wore a more summery outfit. My top was a light pink one from Myer (specifically Miss Shop) with the words ‘good vibes only’ in darker pink around the collar. I wore a black skirt with a silver zip down the front from Divided by H&M. It’s a fairly old skirt, so I don’t reckon they’ll still stock it, but it is very comfortable and easy to wear and pair with other things, so I wear it a lot. As far as makeup goes, I think you can gather by now that I don’t wear it much to uni, so I don’t really need to tell you that I’m too lazy any more, do I?

Which day was your favourite outfit? 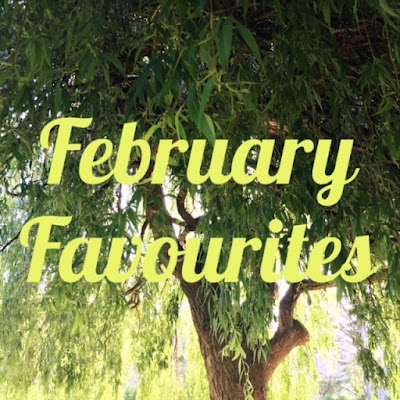 How is it that we are already two months into this year? I swear I say this every month, but time moves far too quickly for my liking. February brought with it a new semester of university, which, as much as it needs to happen, I wish my holidays could have gone on forever. I am already stressing about all this term’s assessments (that I better start on, like, yesterday). In saying that, though, there has been a lot to love about this month, so let’s get started. 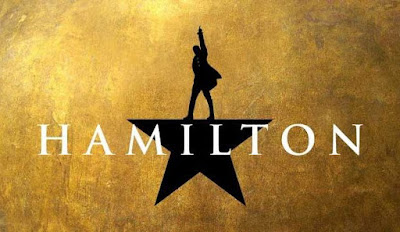 For the past few months, one of my friends has been trying to get the rest of us to fall in love with Hamilton, a rap musical about America’s first Secretary of Treasury, Alexander Hamilton. I began listening, actually listening, to the lyrics this month and have become completely obsessed with it. At first, I was just intrigued by his life story, but now I’m completely invested in learning about the American Revolution (I mean, as much as I can be while I have uni work to do) and all of the lyrics to each song. I don’t think I could possibly pick a favourite song (at least not yet) because it's still so new to me and I need time to figure it out. 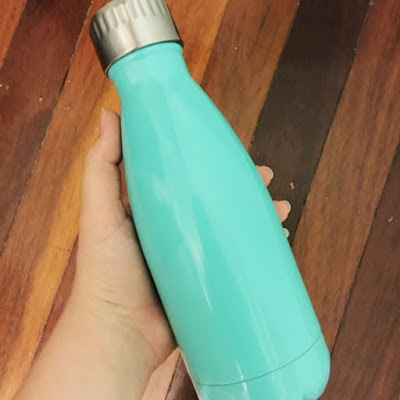 My next favourite is my insulated water bottle that I got for Christmas. It is truly magical. If you leave it in the fridge overnight without the lid on, the water will get cold and then be cold all day when you take it to uni. Even though we are now technically not in summer anymore, it still gets hot and I’ll need some hydration to get me through the day. 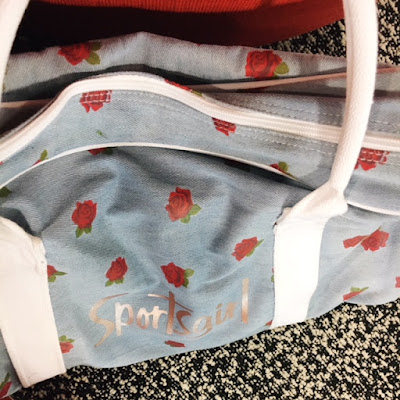 I got a new bag for uni this year and I love it so much. I bought it from Sportsgirl in preparation for uni about 6 weeks ago. It works much the same as any other bag does, and the zip doesn’t break like my old one did, so that’s a plus. Also, the roses on it are a really nice touch, aesthetically, which is honestly a huge bonus for me. Last year’s bag was fine, but it’s got nothing on this one. 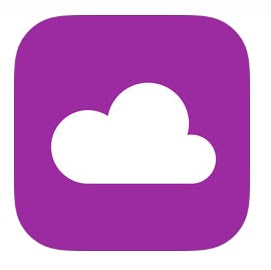 The last thing on my favourites this month could potentially cure cancer. I know, I know, big claims, but trust me on this. I downloaded an app called DreamLab this month that does calculations to help cure cancer while you charge your phone. I use it almost every night (sometimes I forget to) and have so far clocked up a total of 628 calculations. It makes me feel like I’m making a difference in people’s lives and, potentially, I am. The calculations my phone does while charging help to find ways to treat and cure cancers throughout the body. Each project has millions of calculations that need to be completed, and every little bit helps, so I highly recommend you download and use this app. It’s free on the App Store (and maybe Google Play but I’m not certain) and really easy to use.

What have you loved during February? Do you like my favourites? 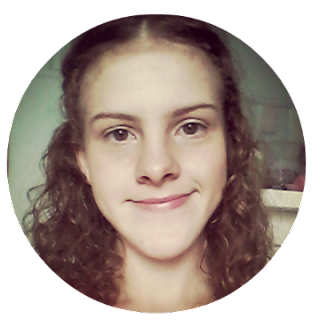 Hi! My name is Nicola (but you can call me Nicky). I live in Queensland, Australia and I have a passion for beauty and fashion that I blog about here, on my little space on the internet!